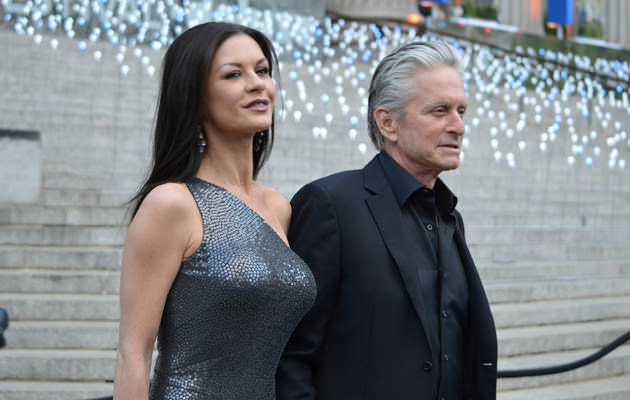 These days the sanctity of marriage doesn’t mean much. Today’s celebrities are trading in their spouses as often as Apple pumps out a new version of iWhatever. So, what’s a smart celeb heading to the altar to do? Sign a prenup, of course. Since often these stars have been doing pretty well on their own, a romantic union almost turns into a business merger, with roomfuls of accountants and lawyers hammering out the fine points of this new partnership. When a marriage starts to go south, all these little clauses come into play so people are protected and their contribution to the couple’s pocketbook is recognized.

Here are our favorite dozen of the craziest prenuptial agreement clauses among Hollywood’s elite.

The future of the marriage between Michael Douglas and Catherine Zeta-Jones is certainly up in the air, but the actress has a healthy payment coming her way if the couple eventually divorces. Before the couple married in 2000, Douglas signed a prenuptial agreement that gives Zeta-Jones $2.8 million for every year she remained married. If the cause of the breakup is a repeat performance of what happened with Douglas’ first wife, his cheating ways would force him to cough up another $5 million – a nice cheating clause.

If they do actually call it quits, it will mean their wedding made it to the ripe old age of 13, which isn’t bad at all by Hollywood standards. The Daily Mail estimated their combined net worth at more than $185 million, so the Welsh actress will get a nice paycheck just for grinning and bearing it for the last decade and some change.

Prior to marrying the actor, Zeta-Jones originally asked for $5 million a year support post marriage, but she settled on their current arrangement. She also recently gushed about the value of pre-nups to Vanity Fair, which she said will help make sure she’s taken care of. Now that’s real love.