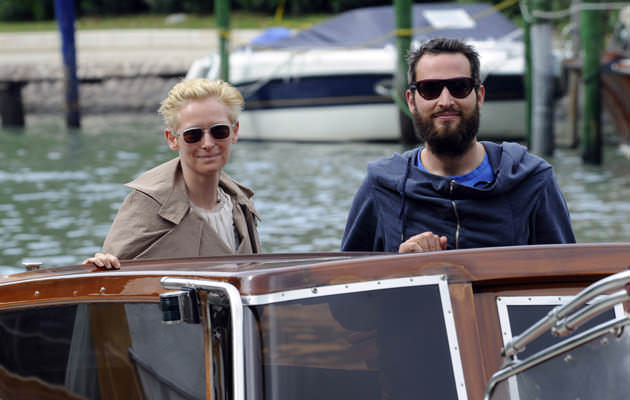 These European parents are living life on their own terms.

Tilda declared casually in an interview with Harper’s Bazzar, “We are all a family, what you must also know is that we are all very happy.”

Their family consists of her and her paramour, Sandro Kopp living in her centuries-old family home in Scotland.

And her twin children’s father John Byrne often comes and stays at the estate to help take care of the family, and show that they are still indeed family despite not being married and being in love with other people.

Rumors have swirled that the relationship between the three, plus John Byrne’s girlfriend, is more than a love based on shared children. This is partially because John met Tilda and Sandro at the airport and greeted them both warmly, then preceded to help carry Sandro’s bag.

Tilda says that the truth is much more boring than speculation, however, no one can deny that their set up is not conventional.

Whether they went from polyamorous lovers, or simply get along really well, no one can deny that having two men under one roof, even part time, must be a balancing act where a lesser woman would fail at. Tilda has never been accused of being subpar at anything though. Their situation works, however, she says she would not recommend it to just anyone.