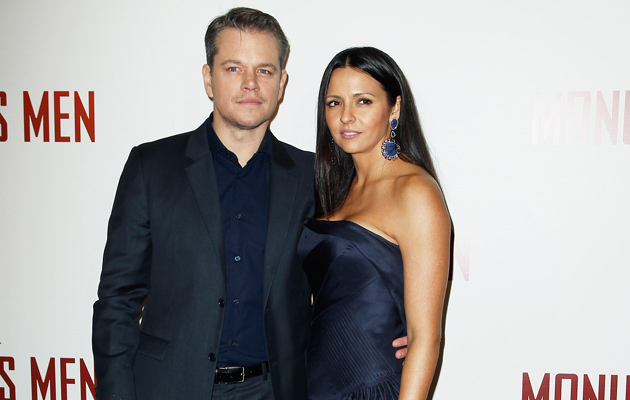 What with the tabloid weddings, familiar faces constantly getting together and breaking up, and the internet going wild with rumors about celebs we love loving each other, it can seem like the Hollywood dating scene is a closed circuit where only card-carrying members are allowed in.

But we know of at least fifteen celebrities who ditched the red carpet and married someone from the outside. Here they are…

While filming Stuck on You in 2003, Damon wandered into a Miami Beach bar where Luciana was working as a bartender. He hid behind the bar in order to escape the paparazzi and that’s where Luciana found him.

Two years later (on September 5, 2005), he gave her the classic and elegant platinum ring she wears to this day. The couple got married in a small, private, city hall ceremony in December 2005. They’ve been going strong ever since!

They have three children together (Isabella, Gia Zavala, and Stella Zavala) and are also raising Luciana’s daughter from a former marriage, Alexia. They have kept their romance strong with a “two-week rule”; Matt isn’t allowed to be away for more than two weeks at a time.

It must be working since he frequently gushes to reporters about his wife being his soul mate. Last year, the couple renewed their vows in San Lucia in a sunset ceremony.