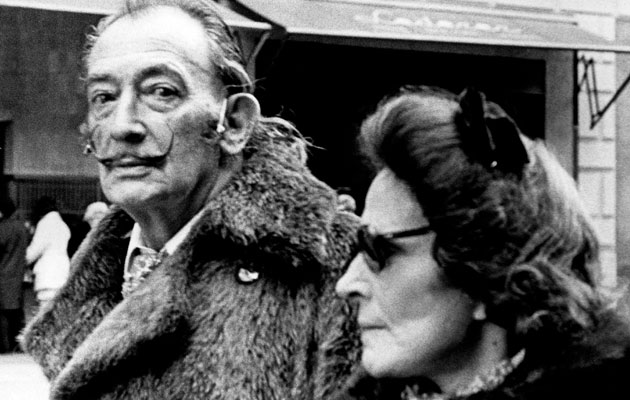 Some celebrity couples make you fill up with love, while others make you cringe with awkward, inappropriate feelings and thoughts. Reasons behind the awkwardness can be many, but they usually have something to do with age difference, abuse, opiate consumption, and even borderline incest.

Celebs may seem heavenly and blissfully perfect, but trust us, they’re just ordinary people like you and us… although, we probably wouldn’t marry our adopted step-daughter. As much as everyone loves a good fairytale, controversial stories are the things that keep us wake at night.

Who else but the Father of Surrealism would be the man who would marry the “first noted cougar?”

When Salvador Dali met his future wife, Gala, he was just a young man aiming to become bigger and more important than anyone else in the world.

Gala was married to his friend, a poet, but that didn’t stop Dali from going after what he wanted.

Eventually, Gala and her husband divorced, and both the artistic world and the Roman Catholic society were in shock. The surrealist married the love of his life, 10 years his senior and they stayed together until Gala’s death, rarely separating at all.

Alas, the rare evidence of true love didn’t stop the tabloids, which famously used the fact that Dali wasn’t a physical individual, and that he only slept once with the woman that he loved.