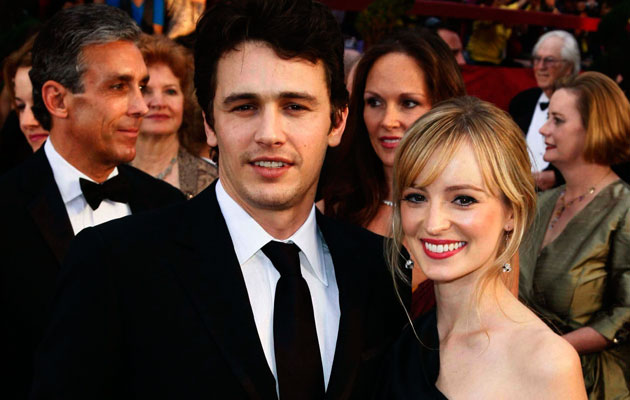 There’s nothing that can cause you such discomfort as the thought of your first love. Your first boyfriend/girlfriend is supposed to be a starter model for every other love you encounter during your existence, but it usually represents a truly awkward period in your life.

Celebs are not that much different than us mortals, and naturally, their first love isn’t always as glamorous and perfect as the rest of their dating list.

Advertisement
While some celebs found their first love in someone “ordinary,” before they were famous, others found happiness with fellow (future) celebs.

Actor and director James Franco has been in public’s eye for a number of years, and for the most of them, he dated actress Ahna O’Reilly.

The acting love duo dated for five years, and they thought that they would last forever.

Franco and O’Reilly, weren’t just a great match in the private domain, but they also worked on a couple of occasions of the same projects, which proved to be a great choice. However, this first love relationship came to its end like many others do, but fans all around the globe are still hoping for a romantic rekindle.