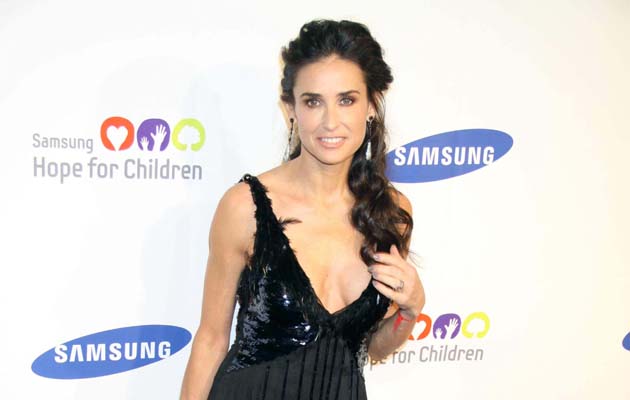 Cougar (definition): A slang term for a woman, typically 30-50 years, old who seeks a sexual relationship with a man who is considerably her junior.

With that being said Hollywood is full of them! Here’s a look at Hollywood’s hottest cougars:

Moore may just be the hottest cougar of them all. As the ex-wife of Ashton Kutcher, who was 15 years her junior, Moore has a fondness for the younger men. And she didn’t stop with Kutcher. Moore, who is now 51, is linked to 27-year-old Sean Friday, the drummer for the band Dead Sara. Once a cougar, always a cougar. And something tells us if things don’t work out with Friday that she’ll have a slew of more young men lining up to date her.

Moore was a chick that did it right in Hollywood and started dating younger after a bit of experimentation. Her first marriage was to musician Freddy Moore, a man 12 years her senior. Following her relationship with Moore, she married fellow actor Bruce Willis – who is eight years her senior. Although she had three children with Willis, the pair called it quits. And then Moore set her sights on younger men looking for a hot cougar, like Kutcher and then Mr. Friday.

We just did some quick math. Friday is 27 now, so he was nine in 1996 when Moore’s super sexy movie Striptease came out. Call us crazy, but we’re guessing that Moore peaked Friday’s curiosity in the movie and perhaps even made the young musician “become a man” from watching it. Could Moore have been love at first sight?