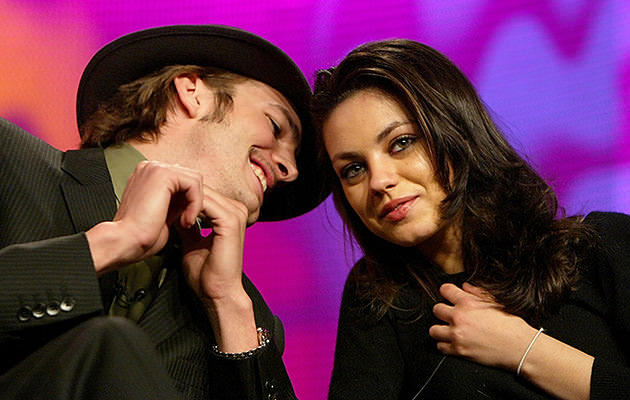 This unlikely pair first met when Kunis was a 14 year old actress and Kutcher was the fresh faced model turned actor on their hit 90’s television show, That 70’s Show. Even though the pair were on screen lovers, they reportedly didn’t get along for much of the early years of working together on the show.

They both went on to successful careers in film and television and have both made quite a few most beautiful and hottest star lists since then as well.

It wasn’t until Mila had ended her several year long relationship with fellow actor and child star Macaulay Culkin and Ashton had began the final stages of divorcing actress Demi Moore in 2012 that the former co-stars began dating.

They created a media frenzy when they finally confirmed they were a couple and had engagement rumors swirling around them from the very start of their heavily PDA filled relationship. But it wasn’t until Ashton’s divorce was finalized in late 2013 that they could begin to reasonably think about marriage plans and the couple finally announced them in February 2014.